Enter the world of John Turnipseed

Discover the story of John Turnipseed

Experience the story and emotion of John Turnipseed in this cinematic trilogy of short films documenting John's childhood struggle with an abusive and alcoholic father that led him on a path of destruction. Produced, Acted, and Filmed by professional Hollywood crews, the Turnipseed Trilogy is a must-watch! 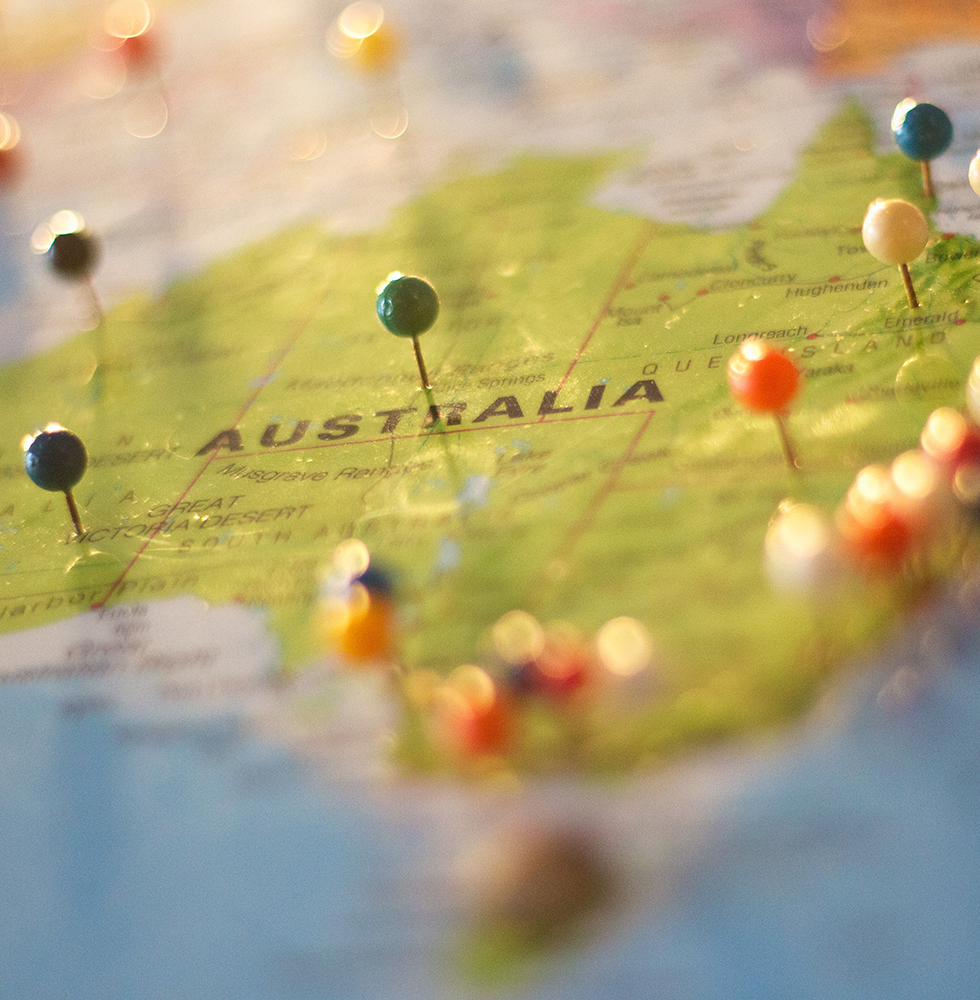 In 2016, I logged onto my computer early one morning and there was an email from a man named Eddie in Queensland, Australia. It simply was a request to order a Turnipseed Trilogy DVD. I quickly replied yes, I’d be happy to send one to him. But I wanted to know how he found us. John Turnipseed’s book “Bloodline” had found it’s way into an Australian prison, and it changed the life of the inmate reading it. Eddie is a Corrections Officer, was curious about the Turnipseed story and reached out to me. Soon, we started communicating via Skype, bringing more and more people into the conversation from Australia and the USA. John Turnipseed’s Ted Talk “Fix The Damn Roof” has also made it’s rounds there, and so the decision was made to pay a visit to our friends “down under”. They built a Mens Conference around the visit, which was to be myself and John Turnipseed, but John’s visa was declined due to his criminal background and I found myself on my way to the Tablelands Region of Queensland (far NE). But clearly God had paved the way ahead of time for this visit. John spoke at the Mens […] 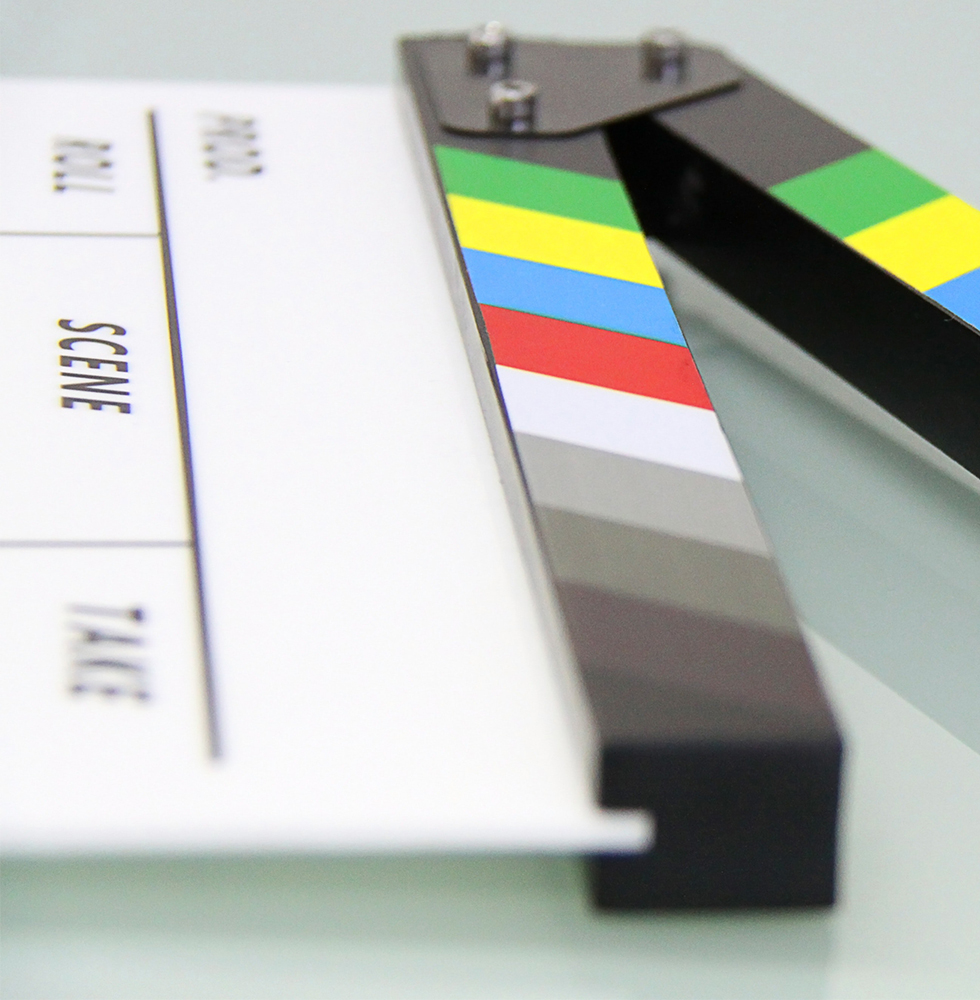 I hate hate hate self promotion. I don’t know why, but that’s not what I am about. Nor should it be what we are about. I heard someone say the other night that “It’s better to walk with the broken than to sit with a king”. While that may not be a verse out of the Bible, it’s Biblical in it’s implication. All of that said, please excuse me while I do a little self-promotion here. I ran across a review of our Turnipseed film from several years ago, from Movie Guide, an organization that reviews and promotes family films. Turnipseed is not a family film per se, but it is about a family, and the review was appreciated. What we do at Five Stone Media is hard, and sometimes looking back is an inspiring way of looking forward. . REVIEW: TURNIPSEED is a movie about a young man in jail and his story up to that point. The story opens with John Turnipseed in jail. Then, it shows why he’s in jail. It depicts John as a child at home where his father is abusive to John’s mother. It shows a disturbing scene of the husband belting his wife. […]

The photos below may look to you simply as John Turnipseed speaking in one, and a prison picture in the other. It is indeed John speaking at a state prison in Texas, the Lindsey Unit, to a group of about 100 men. But, here is the rest of that story. It is thousands of volunteer hours over ten years that allowed us to share in this moment. . Ten years ago, Five Stone Media was formed to tell John’s story. And out of that relationship, the Lifeblood Video Curriculum was born. God led us to a ministry of Gateway Church in Dallas and a partnership with volunteers that share our heartbeat. That group began facilitating Lifeblood just under a year ago, so the men in this picture were all familiar with John when he recently walked in the door. Hearing John Turnipseed tell his story to this group of men was a powerful moment. But it didn’t happen without the relationships that have been built over the years. and none of it would happen without God opening some GIANT-SIZED doors for us. And to take this one step further, the warden showed us great favor and allowed me to bring […] 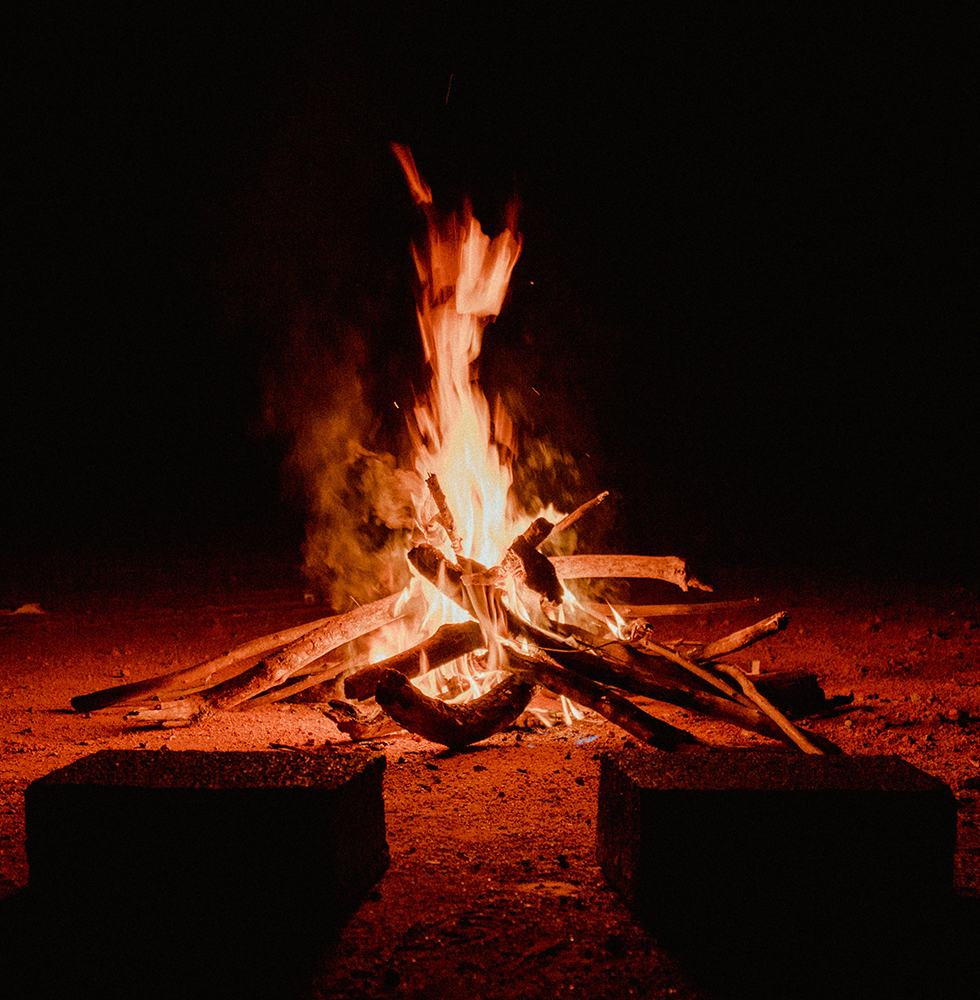 Very seldom in our lives are any of us fortunate enough to witness what one could call a “Holy Moment”, or be a part of an event that changes the trajectory of our lives. During our existence as Five Stone Media, we’ve been fortunate to be a part of two such events.. At the respective ends of the red arrows are John Turnipseed and me. Literally a moment away from John sharing his story to this group of men, and me being nudged to tell his story. That’s how it all started, the moment Five Stone Media was born, at this campfire in Wisconsin. Left to right in the blue circles; Five Stone Media co-founder Mark Bierle, supporter Michael Johnson and Five Stone Media co-founder Raymond Pruban. The first Turnipseed film was created from that night. For awhile, it looked as if we might be done with this project, but God showed us otherwise, as our 2nd Holy Moment came in the form of this email from Louisiana: “I am Assistant Warden at an adult male state prison housing 942 offenders. In the last 6 months we began receiving teenagers who had been adjudicated as adults, most being from the […] 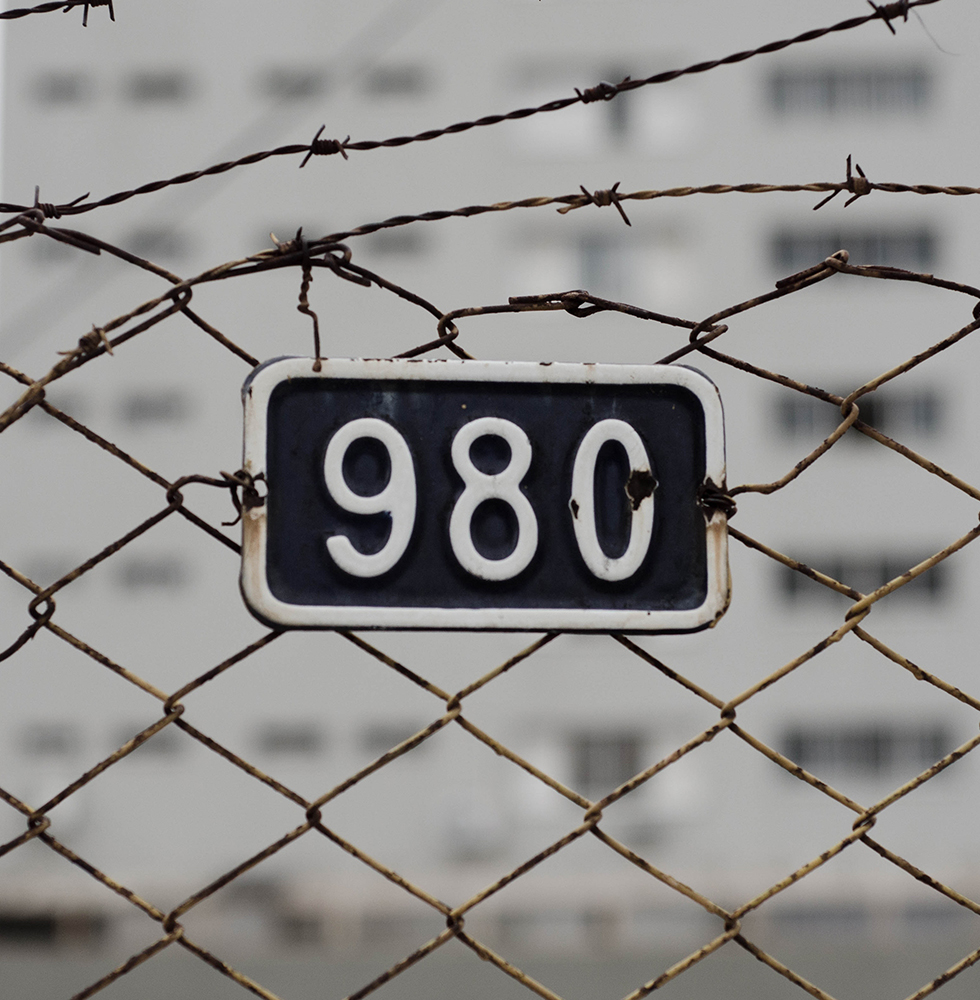 It’s not just for them

First, before I answer the above riddle, I need to explain what Lifeblood is. It is 10 men sharing their story of transformation, all faith-based, that we are facilitating in prisons, jails and halfway houses. Centered around the story of host John Turnipseed, we take the men through 9 steps to transformation; Family, Influence, Hope, Power, Self-Reliance, Second Chances, Loyalty, Doing The Right Thing, and Transformation. Each class focuses on one of these topics, with a video followed by discussion. It’s that simple. Generally, the classes are 10-15 participants, and we are testing a women’s version of Lifeblood very soon.. We first started Lifeblood at Stillwater State Prison in Minnesota. John Turnipseed and I were co-facilitators of that first class. One of our participants in the class asked if he could co-facilitate in the future, and did so until his recent release from prison. So, now the model is an outside and inside facilitator for each class, and it seems to be working just fine. As I get busier with Lifeblood, another volunteer stepped up as co-facilitator, Doug Karle. The goal is for me to step aside and let Doug take over at Stillwater. But, I can’t seem to “step […] 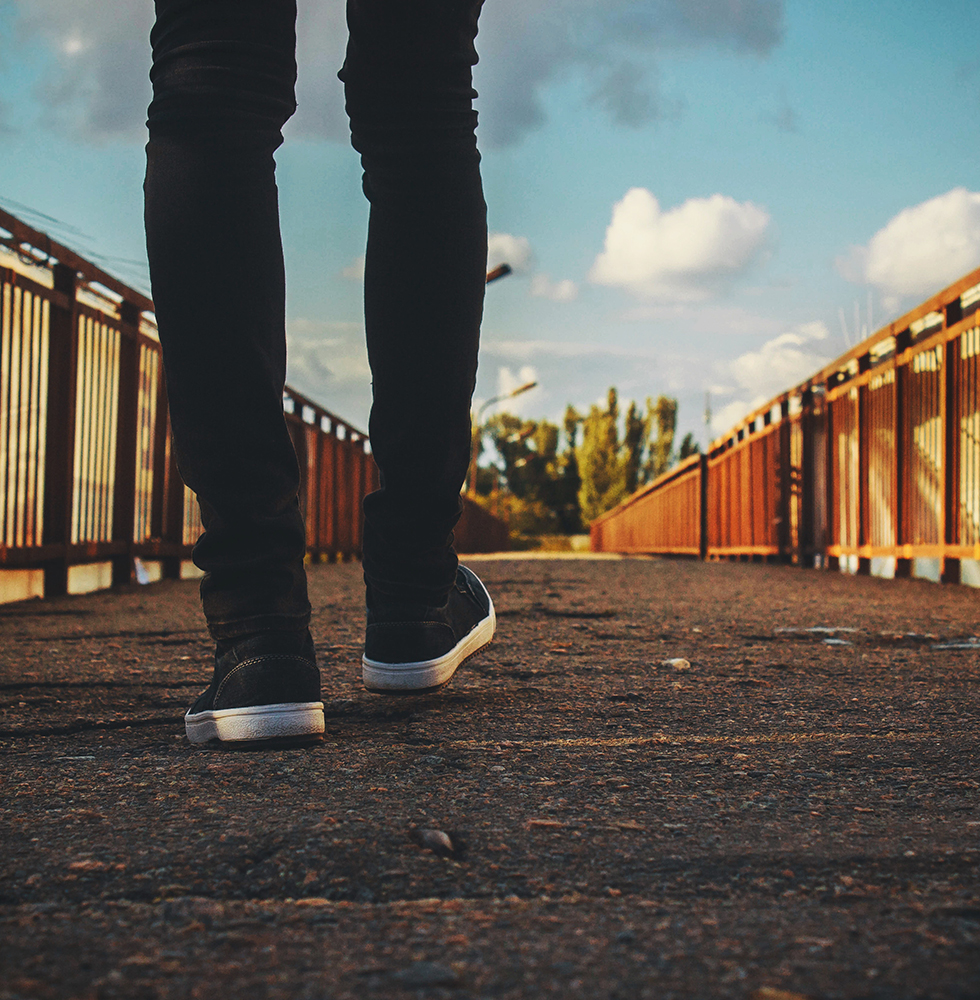 I’ve been reading the book “Blessed are the Misfits” by a radio host and average human named Brant Hansen. I’m glad to finally find out that I fit in somewhere, and quite pleased that it’s with the misfits of this world.. Hello fellow misfits! We don’t really seem to fit in particularly great in any environment. When I worked for larger companies in the corporate world, I found myself more joking around with the custodians rather than trying to work myself up the ladder into the corner offices. I’ve been fortunate to make a career out of television producing, even at a network level, and I think I’m an ok producer. Clients still call me, but I’m not good at “playing the game”, whatever “the game” is. I’ve always kind of felt my work should stand on it’s own, and if people have passed by me because they can “play the game”, well, then it shall be so. Here I am now as Executive Director (I was given that title) of Five Stone Media, charged with growing an organization. And I don’t even have a 4 year degree, much less an MBA or something like that. But for some reason, […]

Learn More About Us

T The story of Five Stone Media began in the fall of 2006 at a men’s weekend event. Steve Johnson, Scott Sample, Mark Bierle, and Ray Pruban were members of the team that led the Heart of a Warrior Men’s Advance weekend. John Turnipseed attended along with several men involved at the Urban Ventures Fathering Center. One of the men with John was his son, Little Johnny. The father and son had not spent any time together in many years and Little Johnny was set to begin a prison sentence the day after the weekend event. John shared his story around a bonfire in the presence of 100 other men.

In that moment John shared his upbringing in a home shattered by domestic violence. He shared his introduction to dealing drugs and how he seized power over the family gang and became one of the most feared gang leaders in the Midwest. He shared the stories of his numerous run-ins with the law and how he now has 30 immediate family members in prison with life sentences.